Can you really grow food year-round?

I’ve been trying to grow food year-round in our zone 5 Canadian climate, even with the heavy wet snowfalls and temperatures that dip down to -20C/-4F for years now.

Although growing food year-round might seem like a lot to learn at first, and requires some financial setup costs if you’re using season extenders, it’s really worth the time and money investment if you’re serious about home food production or eating a healthy local diet.

The ability to grow year round does depend on your climate, but as you’ll learn in this article there are many crops you can harvest with unheated season extenders. Planting the right crops can add weeks to your growing season.

I’ll discuss what these vegetables are that can handle frosts and snow. I also go into overwintering veggies and growing indoors if season extending isn’t possible for you.

The best time to season extend is in the spring and fall, and if you’re feeling extra adventurous, the winter months even with the snow. How to Grow Year-round

Edited: Since writing this post I’ve written a book on growing greens year-round as they are a super easy crop to focus on when learning how to grow year-round. Also when growing year-round it really helps to stay super organized, which is why I created the ultimate garden planner.

Selecting the Right Varieties of Crops to Grow Year-round

The days get hotter and longer in the spring so you’ll want to choose cool season crops that are bolt-resistant in the spring. In the fall and winter you’re selecting varieties that are cold hardy as the days get colder with shortened daylight.

Lettuce for example is not very cold hardy but if you grow varieties like ‘Rouge D’hiver’ or ‘Winter Density’ you can harvest in the colder months under tunnels. The same thing goes for springtime, choosing bolt-resistant varieties will help with the increasing heat. Cool season vegetables thrive in cool temperatures but are less likely to withstand light or hard frosts. Cold hardy vegetables can handle light or hard freezes, and may even overwinter under the snow for a spring harvest. Now this does depend on your climate & growing zone.

Here are some Cold Hardy Crops

We’ve grown carrots, parsnips, turnips and beets for a fall harvest and have left them without protection (although mulching would extend the harvest). We’ve even harvested potatoes that were deep in the ground all winter and harvested in the early spring before they sprouted. Here’s my guide to growing root vegetables year-round.

Crops to Grow with Season Extenders

Believe it or not, there are many cold-hardy crops that can handle frosts, harder freezes, and snow. Some even without the protection of season extenders However, if you want to grow food when the temperatures get really low then you’ll benefit from using season extenders so long as you select the right crops.

Using season extenders might take a little practice but I promise you they’re worth the time to learn (plus the start up cost). One of the most important things to remember is to vent your season extenders, the very thing that allows you to keep your crops warmer on the colder days can also get too hot. Venting is key to allowing good airflow and making sure your plants aren’t stressed from the heat; many cool season plants can’t handle and may even try to go to seed (bolt). The image below from Fix.com gives you a good idea of venting, although I strongly disagree with the row cover not needing venting; they definitely do and should be closed at both ends when it gets cold/below 0. In general temperatures above 3C/37.4F needs venting, especially with sunshine. I often don’t put season extenders on until it dips below 0 in the fall to make the plants stronger for the winter. Garden planning and timing is just as important as which varieties you plan to grow in your fall garden.

Here are some great posts on how to plan and plant your fall or winter garden: 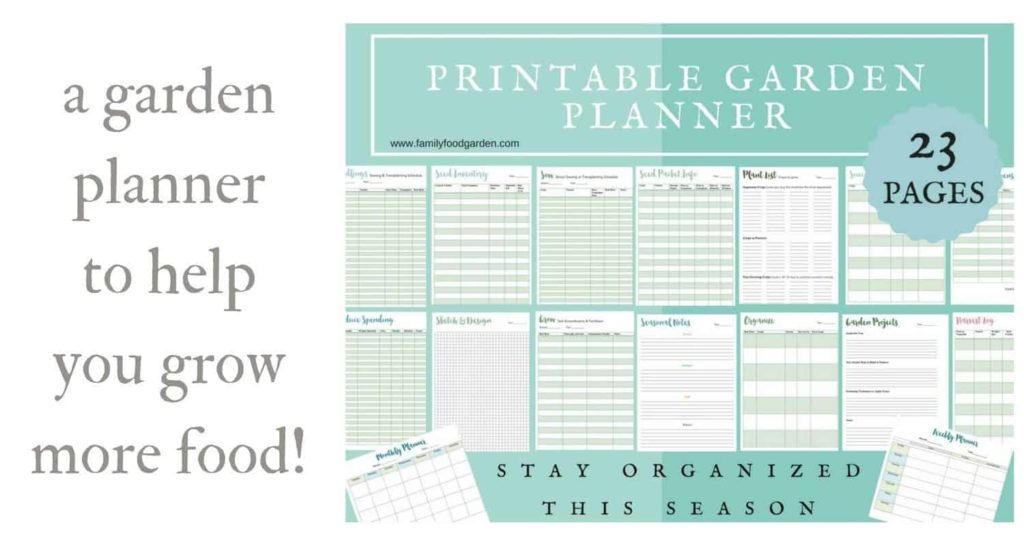 Can you Really Grow Food Year–round, 365 days a year?

YES. Even with a zone 2 climate, you can grow indoors if you’re not up to/it’s too cold to garden outdoors!!

Get spring greens early by foraging, perennials and overwintering

Growing food year-round with season extenders can give you weeks more growing time in your garden. I’ve been doing it for years now, experimenting with different varieties and season extenders in our colder northern climate and I can tell you it’s amazing to harvest green food when there’s snow on the ground!

Do you try and grow food year-round?

12 thoughts on “How to Grow Food Year-Round”