A potting bench is something I’ve been dreaming about for years.

Because dirt shouldn’t be in the kitchen (unless it’s coming off of fresh homegrown veggies!). Most of us gardeners sow seeds indoors. We have an indoor greenhouse and grow light set up which means cleaning up soil inside, washing pots and seed trays inside (you should disinfect the seed trays, here’s why), and making a general mess inside. 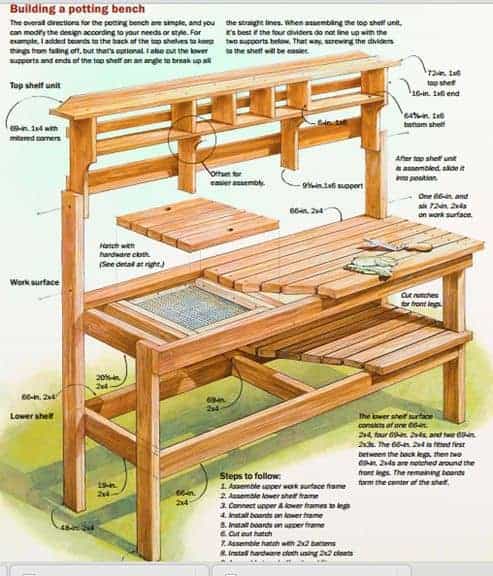 Have you built a potting bench? Feel free to share yours in the comments, I’d love to see it!