I find the history of Victory Gardens fascinating.

I mean the government was encouraging and educating people to grow and preserve food.

Nowadays you get into serious trouble for growing a vegetable garden in your front yard, fined, then forced to remove it.

What is a victory garden? Food was already being rationed since WW I, but by 1943 the government encouraged people to grow produce for increased food supply for civilians and troops.

‘Victory gardens, also called war gardens or food gardens for defense, were vegetable, fruit, and herb gardens planted at private residences and public parks in the United States, United Kingdom, Canada, Australia and Germany during World War I and World War II. They were used along with Rationing Stamps and Cards to reduce pressure on the public food supply. Besides indirectly aiding the war effort, these gardens were also considered a civil “morale booster” in that gardeners could feel empowered by their contribution of labor and rewarded by the produce grown. This made victory gardens a part of daily life on the home front.’ 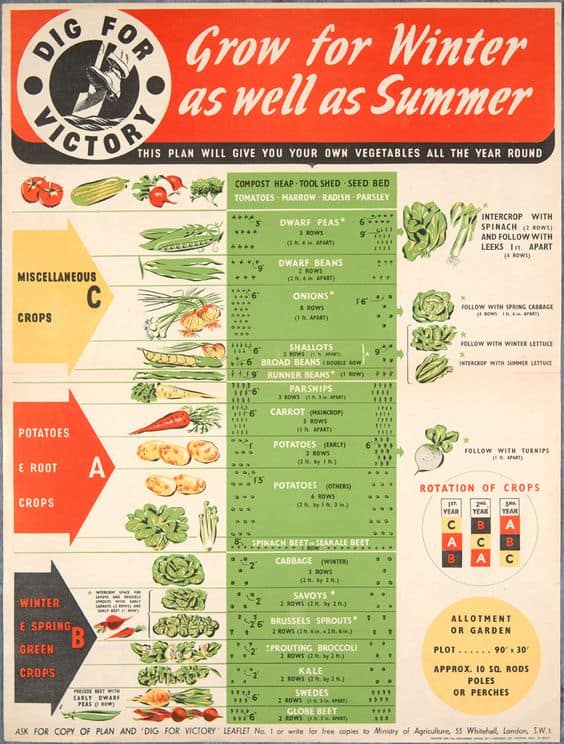 Victory Gardening was known for having encouraging posters What About Victory Gardens Today?

I’m not sure if you’ve read the news the past few of years: global economy shakiness; global debt being far higher than the amount of money in currency; crazy and erratic weather extremes causing massive crop and hay shortages as well as fires & drought; potential warmongering, I could go on… but many people feel like a little food security could be a big deal in the coming years (maybe even sooner). Just this past year in Canada we’ve seen a large spike in the cost of fresh produce and I only think it’s going to get higher. The gardening & homesteading most of us do is hard work but also pure luxury.

We modern day folk are blessed with multiple options for growing and preserving our garden bounty. When I really think about our modern-day living and modern-day homesteading, I think we’re so incredibly lucky.

Now if we lost power the freezer produce would cease to exist.
Canning would require an indoor wood-stove (good luck using one during the hot summer months) as outdoor fires would likely spark a wildfire if conditions were dry.
Solar dehydrating would be an excellent method of food preservation but not all vegetables dehydrate well.
Cold room storage would be another excellent way of storing your crops. But most homes no longer have them as they were replaced by energy sucking freezers and fridges.
Fall and winter gardening would be highly beneficial to learn and have the right varieties for.

When I look at the crop varieties that I’m currently growing in our garden, I have to wonder what would I have to change if I had to grow a ‘modern-day victory garden’. The Shift from Pleasure to Practicality

I truly believe we’re in for even more food price increases as global weather becomes less reliable. The last time we had the need for victory gardens there was only 2 billions people.

We’re at 7 billion now and that’s an extremely difficult amount of people to ration out food with and spread out the resources.

Of course I’m hoping the need for victory gardens and food rationing won’t be necessary.

How much to plant for a Modern Victory Garden?

The original 1943 pamphlet called “Victory Garden: Leader’s Handbook”, issued by the US Department of Agriculture shows the following recommendations for home food supply: (from HipChickDigs)

Of course this is a survival diet, not one of modern luxury, it’s meant for enduring not the pleasure of eloquent cuisine and taste.

My top vegetable choices for our family ‘Victory Garden’

After some thought, there are vegetables I would no longer grow for a survival type garden. For our growing zone 5, I’d be focusing on crops that excel in cold rooms as they require minimal preserving. Growing enough calories are important too , winter squash is a stable (& also requires no preserving other than curing until you cook it). I also would make sure I had plenty of cold hardy crops that can handle some light snow or frosts for our fall and winter gardening. I’d make sure we had lots of vegetables overwintering for an early spring harvest and perennials would play a larger role, as would wild edible weeds. For this list I haven’t included fruits and fruit trees, just your usual annual vegetable crops. If you have fruit trees & bushes you’re extra blessed!

Crops I would definitely be growing & methods for preserving are: Is this an exciting diet compared to our modern-day diet?

No of course not! I know I’d be reminiscing of the great food eaten ‘in days of old’ if life ever came to this.

But I also think it’s good to think of potential hard times ahead and how to be prepared for them. After all when you look at human history, we’re never without huge decades of ‘shaky periods’, disease, war and famine. The illusion these days is that our technology will save us (& it could to some degree as there are many advances in technology for growing food…just not enough time or finances for 7 billion people).

What about you?  Have you thought about growing food for serious survival times? 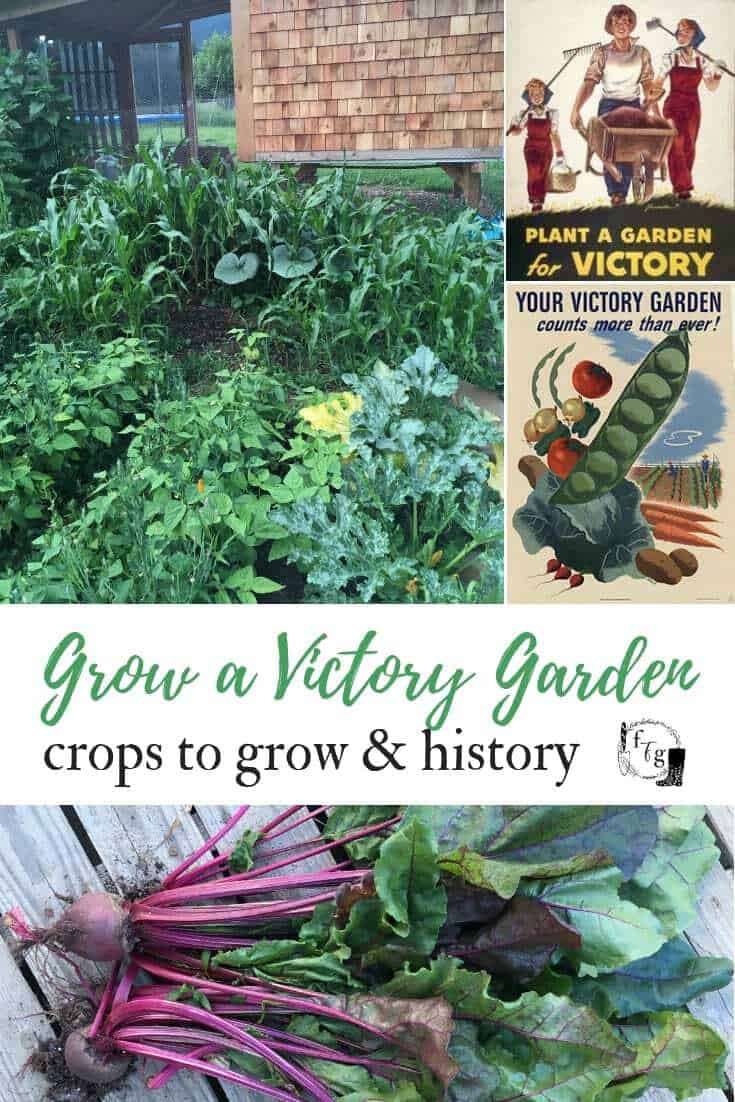 7 thoughts on “Victory Gardening Then & Now”